The screams in the forest

Last time I wrote about the silence in the forest on Lord Howe. But at night in the bird-breeding season, it’s a very different story.

Mutton birds (flesh-footed shearwaters, Ardenna carneipes) in their thousands (17.5 thousand breeding pairs in 2005 – see here) descend upon Lord Howe and other islands to breed in burrows – the same burrow every year, apparently.

The adults feed at sea during the day, leaving their chicks in their burrows. You can stand on the beach at dusk, as I did, looking out at a dark line on the horizon – a raft of thousands of adults resting on the ocean surface off the island – knowing they will soon be wending their way back to their burrows. And when you run up into the forest, the descent has already started – birds literally dropping out of the sky. I didn’t get struck by a falling bird, but it was close at times. They hit the ground, recover for a few minutes, then scuttle into their hole to feed their waiting chick.

As soon as we stop shining a light in its eyes, it’ll be off to its burrow in the forest

If they land on the road rather than in the forest, however, they are in danger of being run over by cars. There are more and more cars on the island these days and they don’t always obey the 25 km/hour speed limit, so that is the fate of some birds. 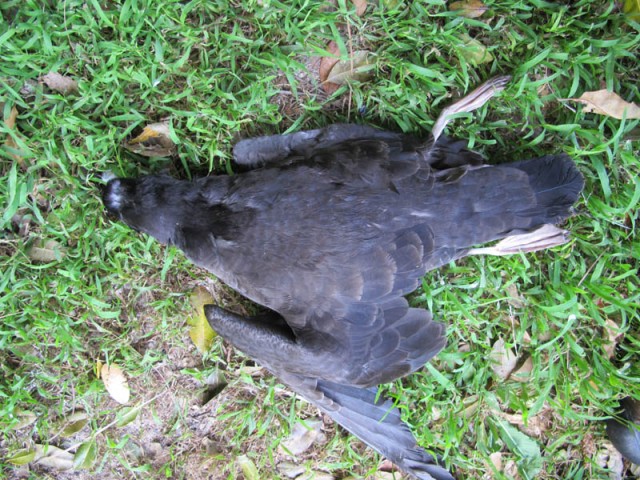 Once inside their burrows, they begin calling – and what a cacophony it is with thousands of them! Some people describe it as a shrieking “PICK MEEE!” Others, not so enamoured, say it’s “KICK MEEE!” If you are staying at a lodge near the forest, make sure you take ear-plugs because it goes on, and on, very loudly, until dawn.

Birds die at sea, and they also die in the forest and leave their skeletons behind. 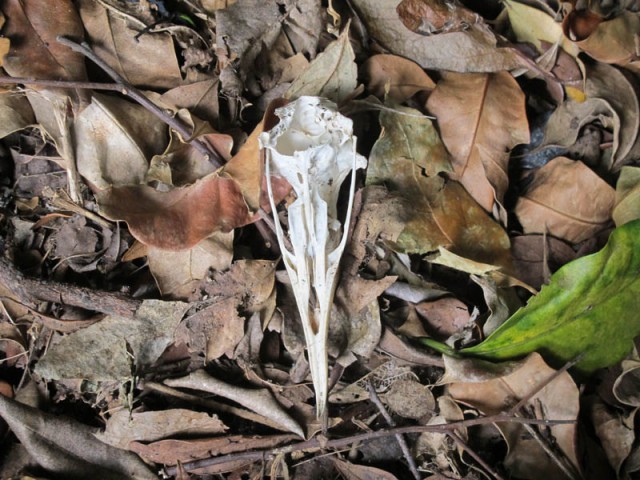 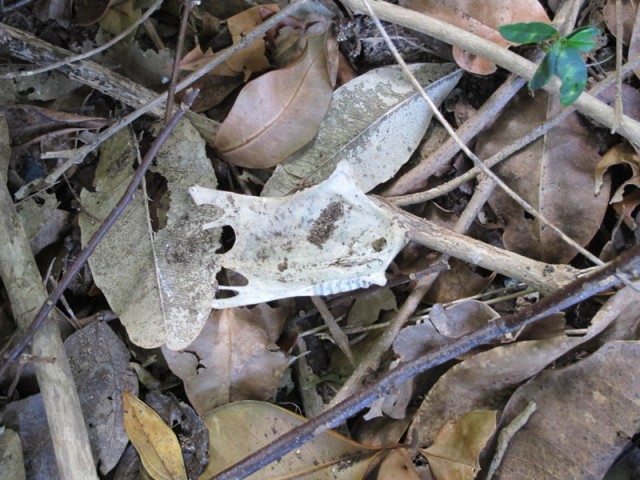 But while they live and scream like a thousand banshees in the forest, they add to the considerable ‘wow’ factor on Lord Howe in the bird breeding season.

2 Responses to The screams in the forest