On the weekend, perfect subtropical winter weather induced us to go to Woody Head for a snorkel – sparkling waters, fairly calm, water temperature greater than air temperature. Off the rock platform, there’s a spot that is sheltered by a curve of rocks, with a shallow wall (about 2 metres) covered with weed. Here you can find lots of subtropical small fish fluttering about, and nudibranchs if you’ve sharp eyes. It’s also a nursery for the larger fish (like the flathead fishermen love to catch) you can see in the bay.

In the bay you can also see small rays resting on the bottom. They zip off as you approach – a timely reminder that if you are walking in shallow water when the tide is out, you need to do the “stingray shuffle” so that you don’t put your foot down on one. Their barb is not venomous, but a stab would be painful (and no one wants to “do a Steve”, either).

The whole bay is a green sea turtle (Chelonia mydas) home, too. We saw four resting in the snorkelling area. All but one zoomed off when they saw us, and that one stayed still, snoozing in the weed. I only realised I was holding my breath while waiting for the turtle to come up and take one for itself when I felt myself wanting to breathe suddenly. 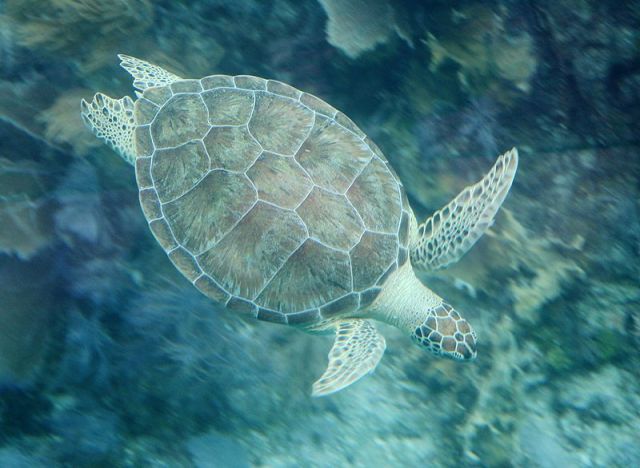 You can read about green sea turtles in Australia here.

I didn’t have the breath-holding problem with the next snoozers – probably because I know they don’t need to come up for air. Two spotted wobbegong sharks (Orectolobus maculatus) were parked under rock ledges where a current flowed over them, giving them all the oxygen they needed. They rest there during the day and come out to feed on fishes, crayfish, crabs and octopuses. 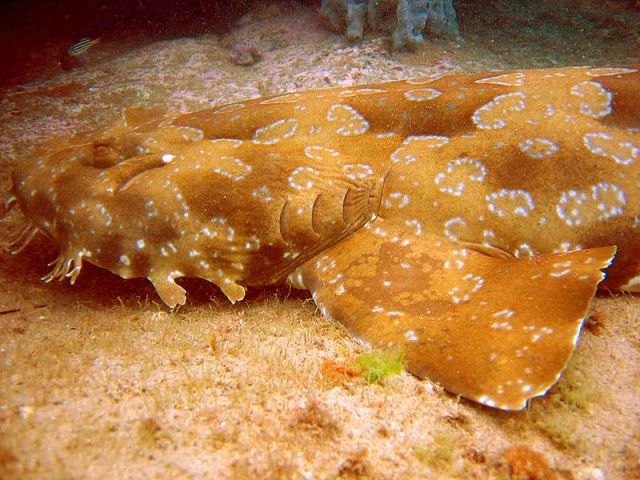 Heather is going to buy me that sticker that says “Remember to breathe!” I might need it.