It’s happening now at http://exploretheseafloor.net.au, and involves you sifting through photos of the sea floor, taken by underwater robotic vehicles. One project is about spotting sea urchins in Tasmanian waters, particularly the invasive Centrostephanus rodgersii, which is moving southwards and creating bare sea beds or “urchin barrens” in areas that  once had thriving kelp forests. The other involves identifying kelp (Ecklonia radiata) so its distribution around Australia can be mapped. [Update: ABC Science has a full article about the sea urchin invaders here.]

Explore the Seafloor is an online citizen science project undertaken by ABC Science in conjunction with the Integrated Marine Observing System (IMOS) as part of National Science Week 2013.

Throughout the month of August we’ll be asking for help with identifying kelp and sea urchins in images of the seafloor. This job is normally done by research assistants and is time-consuming and laborious. In Explore the Seafloor we’ll be taking a crowd-sourcing approach to reduce this workload and ask regular folk to get involved and help the scientists with their research work.

This crowd-sourcing approach is called citizen science – it’s about using the power of the people to increase the breadth of science by gathering or processing information important to a scientific project.

A simple tutorial runs you through what you need to do, and they’ve made it simple – you don’t need to be a scientist, and school groups are encouraged to get involved. At present over 6,200 people have registered.

This is the sort of thing I’ve been waiting years for – contributing to science while sitting at my computer! As an ex- and still-wanna-be marine biologist, it helps me feel I’m still contributing.

[Update: For the east coast US, there’s a citizen science marine ID project at Seafloor Explorer. It’s part of the Zooniverse citizen science series, with projects you can get involved in the categories of space, climate, nature and biology. Even more options are at Tasmania’s WhySci.]

Spring has arrived somewhat earlier than usual. The resident male bowerbird has been stealing the dried shoots off the water chestnuts for his bower, and rosellas are flying around in pairs looking for suitable nesting sites. The local magpies are swooping the local kookaburras (but not us local humans, thankfully – they never have) and temperatures are on the up and up. Soon the fireflies will arrive, and the cicadas will start their chorus.

Egg-laying is also occurring on outlying islands. Little shearwaters (Puffinis assimilis), like the one below washed up on a Ballina beach a couple of weekends ago, have a peak in egg-laying activity in June and July (according to Lindsey’s “The Seabirds of Australia”). 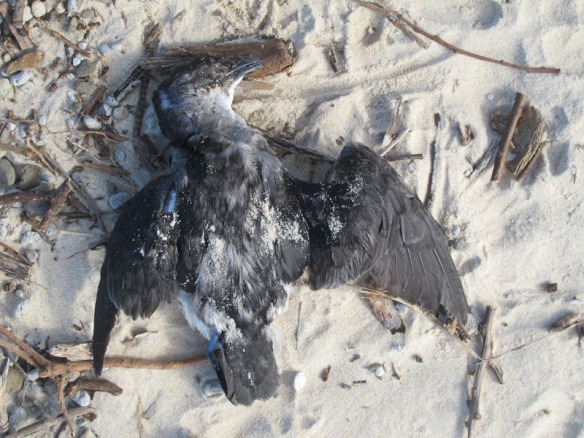 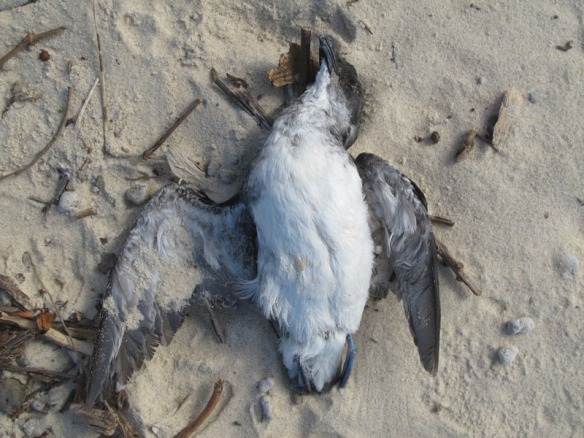 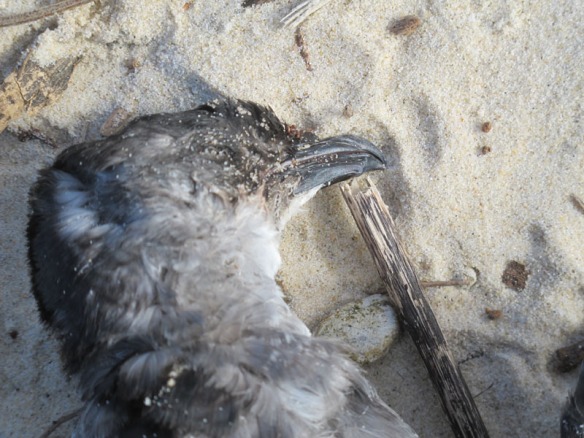 Little shearwaters are coastal and oceanic in flight, and breed in colonies, constructing a nest in rock crevices or at the end of burrows on islands. They rapidly skim the seas a metre or two above the surface, looking for small fish and cephalopods to eat. They are considered sedentary (don’t migrate).

We often see short-tailed shearwaters (muttonbirds) dead in large numbers on beaches, but this is my first little shearwater. Still, a dead ‘tick’ (in birdwatching terms) is still a ‘tick’, I suppose.

We’d recently been to the opening of the Antipodean Steampunk Show at the Tweed Regional Art Gallery, and met some very appropriately dressed people, who mentioned the SteamFest Australia event at Ipswich. We’d never been to Ipswich (about 40 km south-west of Brisbane) so thought we’d give it a go. We’d enjoyed James Blaylock’s fantasy books and Victorian era sci-fi, and the whole steampunk look is very creative.

Steampunk is a subculture celebrating the British Victorian era and ‘weird science’ – think H. G. Wells, Jules Verne, and Victorian and early Edwardian (1800s to 1910-ish) technology and fashion and music melded with the modern. Wild West-era USA also counts. It’s a lot more positive than cyberpunk or goth, which take a generally dystopian view. Steampunk’s been around since the 1980s, so if you use your favourite search engine you’ll find lots of websites and photos devoted to it.

In the meantime, here are some photos of the yesterday’s Ipswich event. 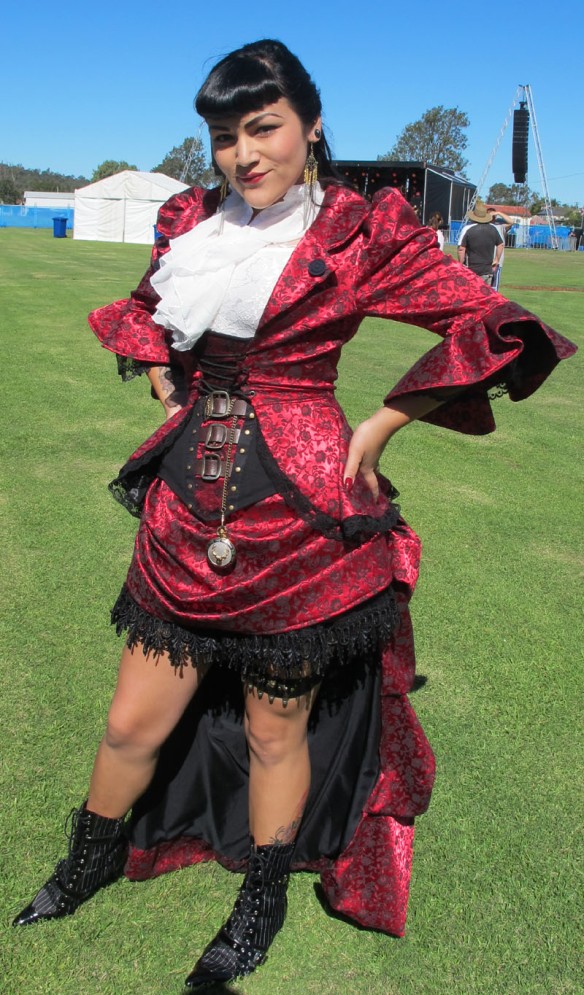