What is it with roses?

For humans, roses have a connection with romance and love – the beauty and the pain, I suppose. For giant spiny stick insects, my rose bush provided food, protection and a place to mate. Seems it is the same for slugs! 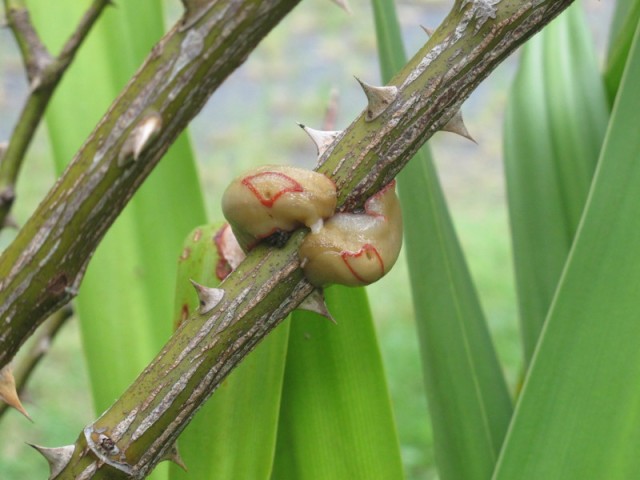 I had initially looked at them from a different angle and thought it was one huge slug, as they reportedly grow up to 15 cm. These both looked about 4 cm, but would have been longer when stretched out.  The hole within the triangle is a breathing pore. The red triangle slug (Triboniophorus graeffei) is Australia’s largest native land slug and is common down the east coast in Queensland and New South Wales. 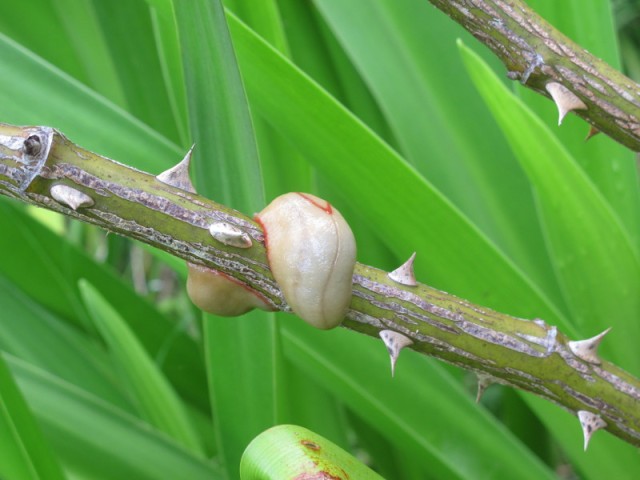 One giant slug? No!

The red triangle slug is usually found grazing on microscopic algae growing on the surface of smooth-barked eucalypt trees, leaving behind scalloped tracks as it goes. If given the chance, it will also remove bathroom mould.

The slugs have gone now, and so have the three stick insects. One female stick insect disappeared, and then I found the remains of the male wrapped in spider silk. There’s a garden orb weaver spider that nightly weaves a big web a couple of metres from the rose bush, and it seems he flew into it. Last to go was the second female – I was working in my office, which overlooks the rose bush, and heard a crash, looked out the window and saw a kookaburrra entangled in it. The kookie inelegantly disentangled itself and flew off with the female in its bill. The rose leaves had been eaten by the stick insects to such an extent that she was not hidden so well.

Now that these tenants have left, I am going to cut back that rose bush, with the aim of encouraging more leaf growth for future tenants. Wonder what I’ll find there next?

This entry was posted in Animals on land and tagged red triangle slugs. Bookmark the permalink.

1 Response to What is it with roses?