Glamping in the Glass House

I’ve done my time bushwalking and rough camping, so I looked forward to a more comfortable camping experience at the four-day subtropical forests ecology course starting last weekend. It was held at Maleny Retreat Weddings, overlooking the spectacular, volcanic Glass House Mountains, about four hours’ drive north of home at Booroobin. It is Gubbi Gubbi country.

The glamp was quite comfortable and the thick canvas kept out the bitterly cold night winds surprisingly well (at 600 metres above sea level, it was chilly). Real mattresses, cor blimey! One of my neighbouring tent-dwellers had a mouse run over his face one night, but, hey, you can’t have everything 🙂 The main part of the resort was not too far away for showers and food. And the catering was superb. Luxury!

I expected to see wallabies, bandicoots or pademelons on that luscious grass, but was surprised instead to see four deer running away. Apparently the many feral deer (released from the nearby deer farm when it went broke) are causing huge problems.

The glamp at dawn – no wallabies to be seen

The course was run by Hinterland Bush Links and aimed to introduce us to the many interlinking aspects of subtropical forest ecology, both rainforest and blackbutt (Eucalyptus pilularis) eucalypt forest.

A lot of information was crammed into the four days, from breakfast at 7 am to 9 pm, but it was worth it. There were practical exercises in site observation and analysis. We compared the two different forest systems under the guidance of a geologist and fauna, flora and fungi specialists. We also looked at the regeneration of disturbed systems, visiting what seemed pristine rainforest but which had been logged and burned a few decades ago. Blackbutt is an economically important hardwood.

We were divided into four groups and each group had a project to visit a private property (four very different ones were on offer), talk to the owners about what they had done regeneration-wise and then, pretending that we were the new owners, assess it using our newly gained knowledge and create a management plan, which was then presented to the rest of the participants.

I had never really looked at geology before, apart from sometimes wishing vaguely that I could read the landscape. Fergus Fitzgerald sparked a few lightglobes in my head about the importance of the ancient history beneath our feet and the formation of soils, and hence certain vegetation systems, from particular rock types.

Fergus explaining the effects of geology in forming a rainforest 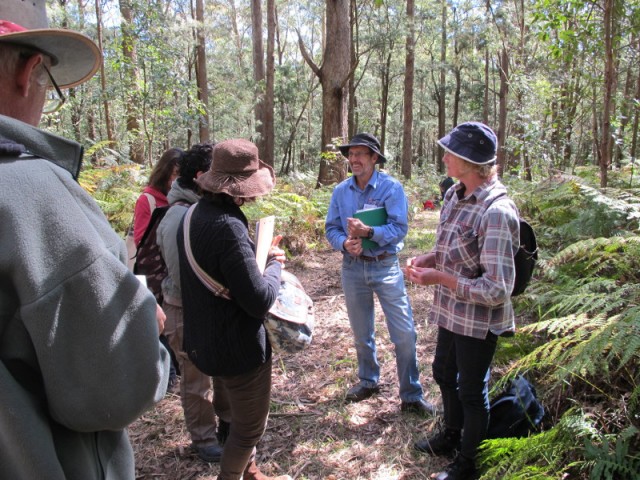 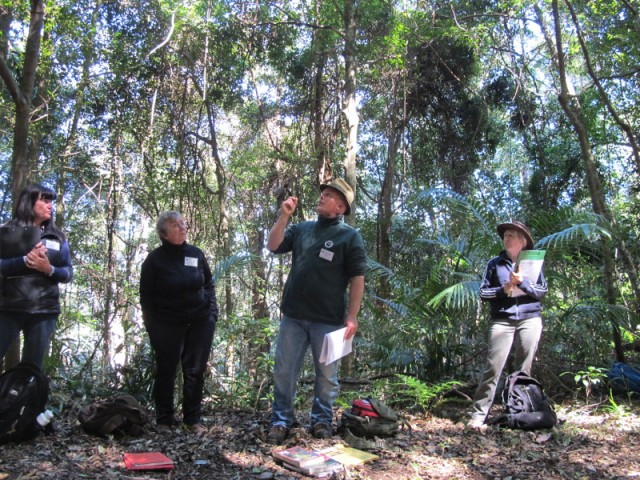 Spencer Shaw talking about the plants of the subtropical rainforest, comparing them to the blackbutt forest

Fire is also a major factor – being wetter, rainforest resists burning but if the fire is too hot it will be destroyed. Blackbutt can usually regenerate, however. 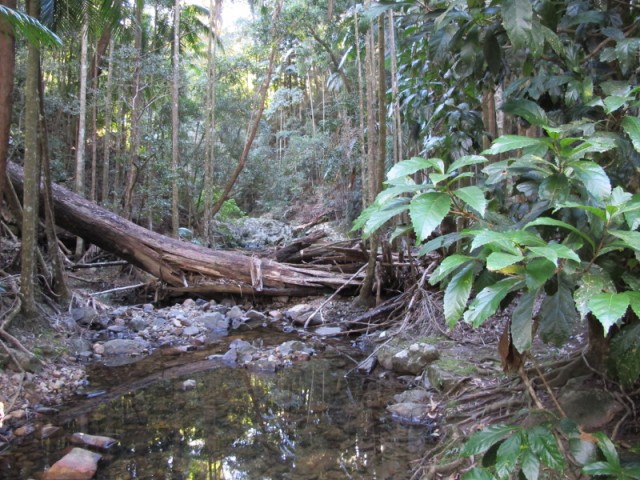 We had talks each night: Beverly Hand on Indigenous management of the landscape, Frances Guard on the ecological role of fungi, Les Hall on bats, and Michelle Gleeson on invertebrates. Spencer Shaw took us to his property to illustrate non-indigenous land management. Some people went spotlighting for frogs and birds. GIS software was discussed and Gwen Harden’s (and co-authors) interactive rainforest ID key was demonstrated.

Here are a couple of interesting flowers I hadn’t seen before. 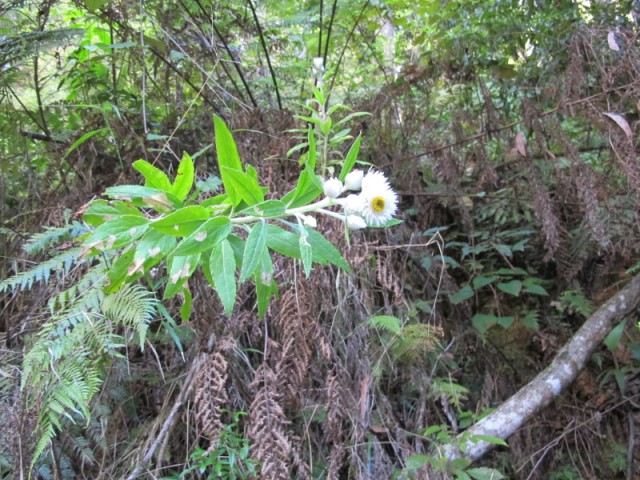 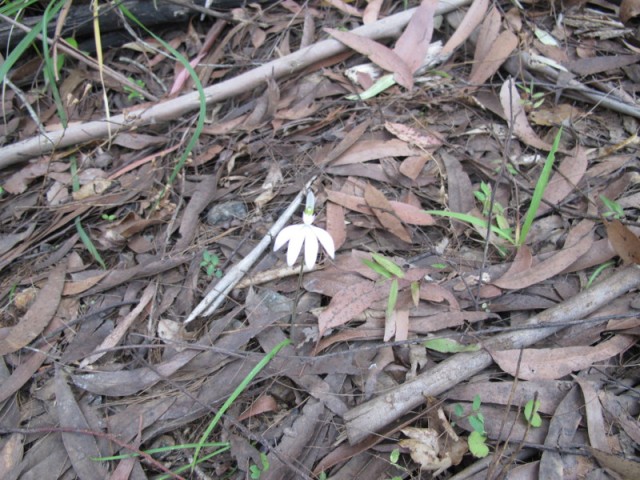 The birds were pretty cryptic except for the usual suspects (without trying too hard, willy wagtails, pied butcherbirds, a satin bowerbird, eastern rosellas, welcome swallows, magpies, currawongs, bar-shouldered doves, red-browed firetails), but I did get a tawny frogmouth. 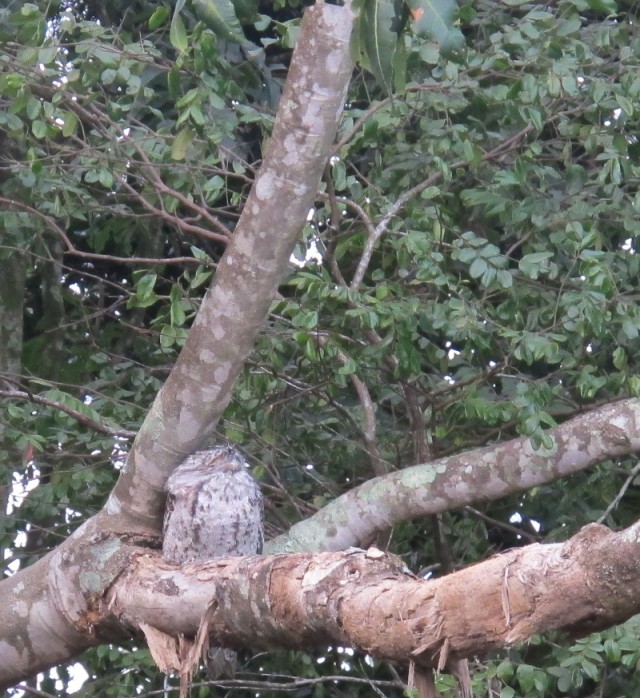 My next post will be on the fungi I stumbled across there.

This entry was posted in Plants, Travels and tagged Booroobin, ecology, subtropical rainforests. Bookmark the permalink.

7 Responses to Glamping in the Glass House