We may not like every type of animal we see, but they all have their place in the scheme of things. I’m personally fond of things others may not be – just call me contrary. 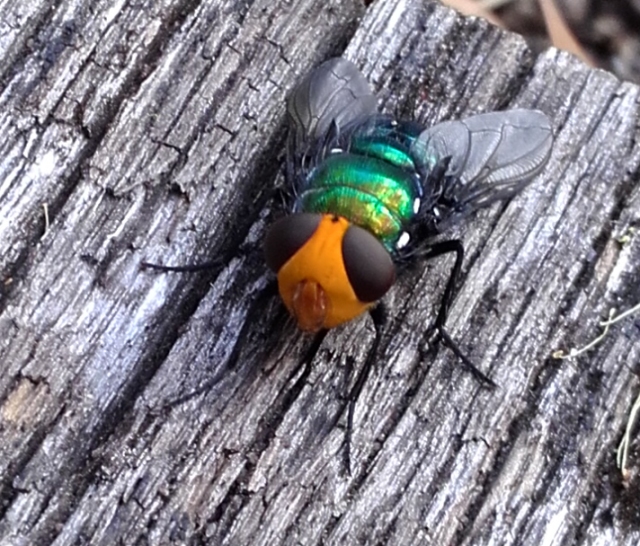 Many blowflies attack invertebrates, such as insects and snails. The Snail Parasite Blowfly often rests on rocks and fallen wood. Females give birth to large, well-developed larvae that are thought to be parasites of land snails. Common in open and closed forest in eastern Queensland and New South Wales.

Length 10-15 mm. The bright yellow head contrast with the thorax and abdomen which are metallic green or bronze with silvery-white spots. The wings are clear with dark bases.

Thanks to Greg Spencer for the heads-up and the photos, taken down the road in Rock Valley.

This entry was posted in Insects and tagged flies. Bookmark the permalink.