… so goes the old sea shanty. My favourite version (which you can hear if you click on the name of the group at right) is that of The Pogues.

Last week I was in one of my old stamping grounds sampling a bit of Cornish culture, or at least the Kerneweck Lowender festival in the Copper Triangle (Kadina, Moonta and Wallaroo in SA). It’s the largest Cornish festival outside of Cornwall.

My mother’s side is Cornish, and great-grandmother Elizabeth Eliza (nee Skewes) came with her husband Charles Edward Courtis from Plymouth to Port Adelaide on the immigrant ship ‘Atalanta’ in 1866. He was listed as a ploughman. They went to the Barossa gold diggings, then to Gawler and Mannum on the Murray River. (One of these days I’ll set up a family history blog with all the info I’ve gleaned.) 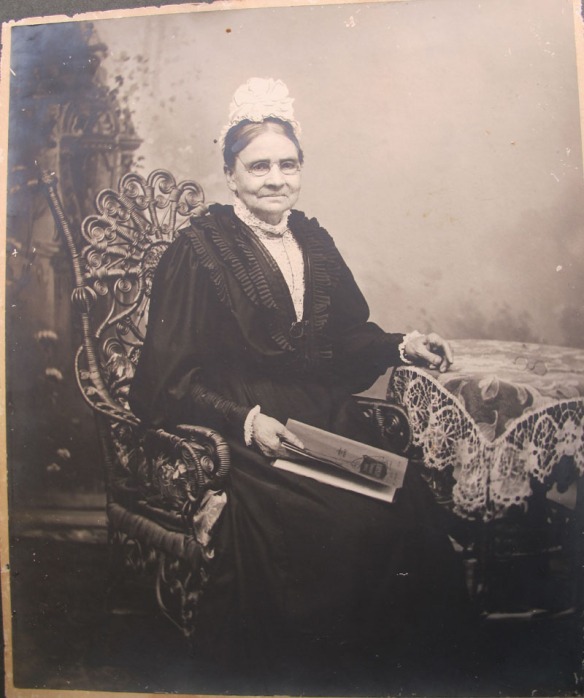 Generations of Courtises are listed in the English records (via Ancestry.com) as living in and around Breage and St Keverne, Cornwall. Neither is a cute Cornish fishing village (like in ‘Doc Martin’ – I’ve been to Port Isaac and it’s just as gorgeous as it looks on TV, at least in the summer) – but they do have their share of history, old buildings and archaeology.

None of the Courtises now live in the Copper Triangle (as far as I’m aware), but relatives from my dad’s side certainly do. I stayed with second-cousin Sharyn, who fed and watered me and showed me around. She was involved in organising some festival events. 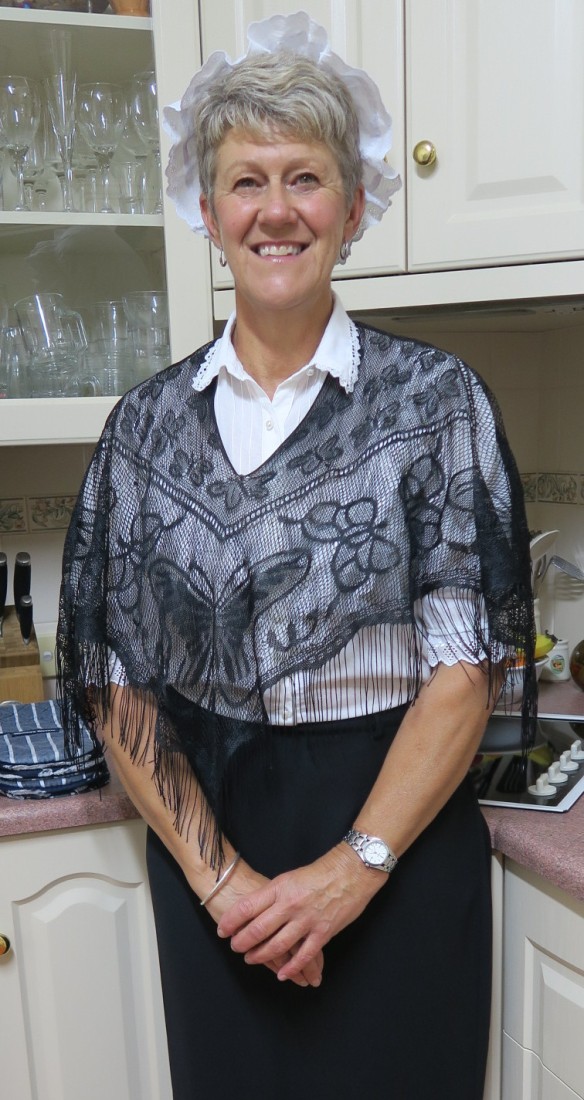 Thanks for the hospitality, cousin Sharyn

Many of the townsfolk dress in period costume for the festival. Samantha, below, won best costume in a retail store. She made it herself. 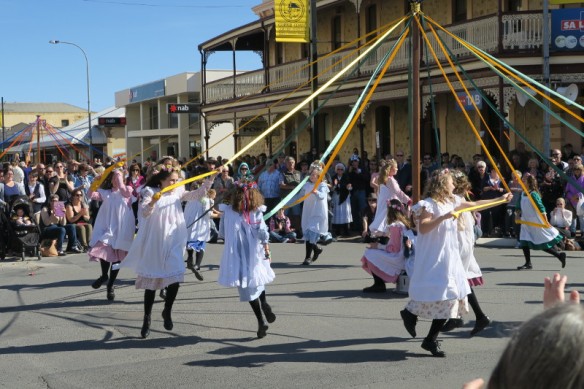 … and the Furry Dance, still held once a year in Helston, Cornwall. No one seems to know the origin of the dance, but the name is supposed to relate to the Cornish ‘fer’, meaning ‘fair’ or ‘feast’. The modern version is a processional dance along the main street. The original has long died out, and no one seems to know what it was really like, except that it was a celebration of the coming of spring. You can see various versions on Youtube.

I do love those bagipes, even if they aren’t Cornish

All three towns of the Copper Triangle had various events, and I tootled from one to the other. Before and after the festival I visited friends in and around Adelaide. Not much natural historicising (is that even a word?) was done – perhaps the nearest was the sad specimen of a giant squid in the Wallaroo Heritage and Maritime Museum. 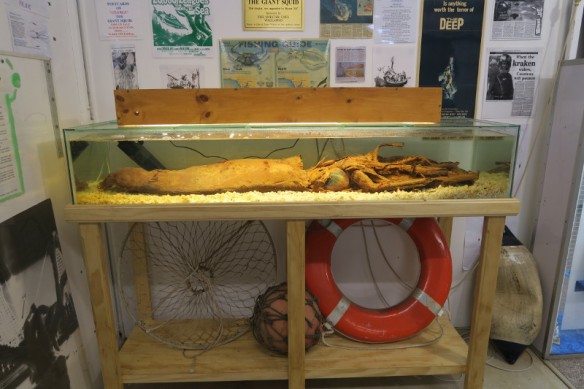 I must get back to the real Cornwall one of these days.