Svalbard reindeer (Rangifer tarandus platyrhynchus) are endemic to Svalbard and are the smallest subspecies of reindeer – about half the weight of other reindeers. They sure do look small with their short legs and pot bellies. 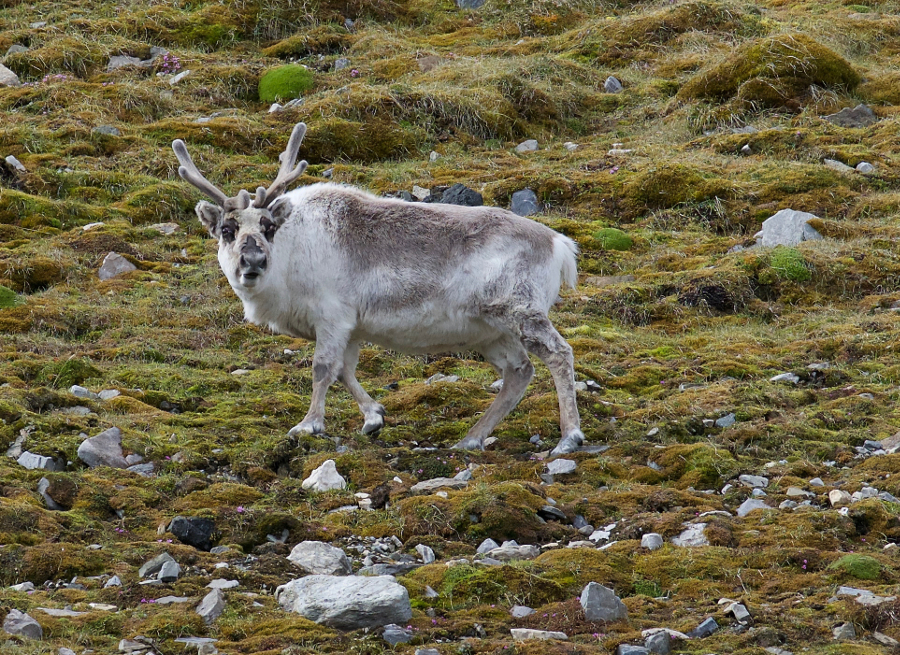 You polar bear? No? That’s all right then. (Svalbard reindeer; photo by Bruce Moore)

We saw several small family groups feeding on the short vegetation in the tundra (actually, there’s no other sort). The closer ones weren’t at all afraid and, after looking at us, put their heads down to feed again. They must eat as much as possible during the short summer, stockpiling fat to see them through the winter. Their strong hooves scrape snow off buried vegetation, but if ice forms over it they can find it difficult to break through. Starvation is the main threat since polar bears prefer to eat ringed seals, but since polar bears eat pretty much what they can catch, eating of reindeer is known to happen. 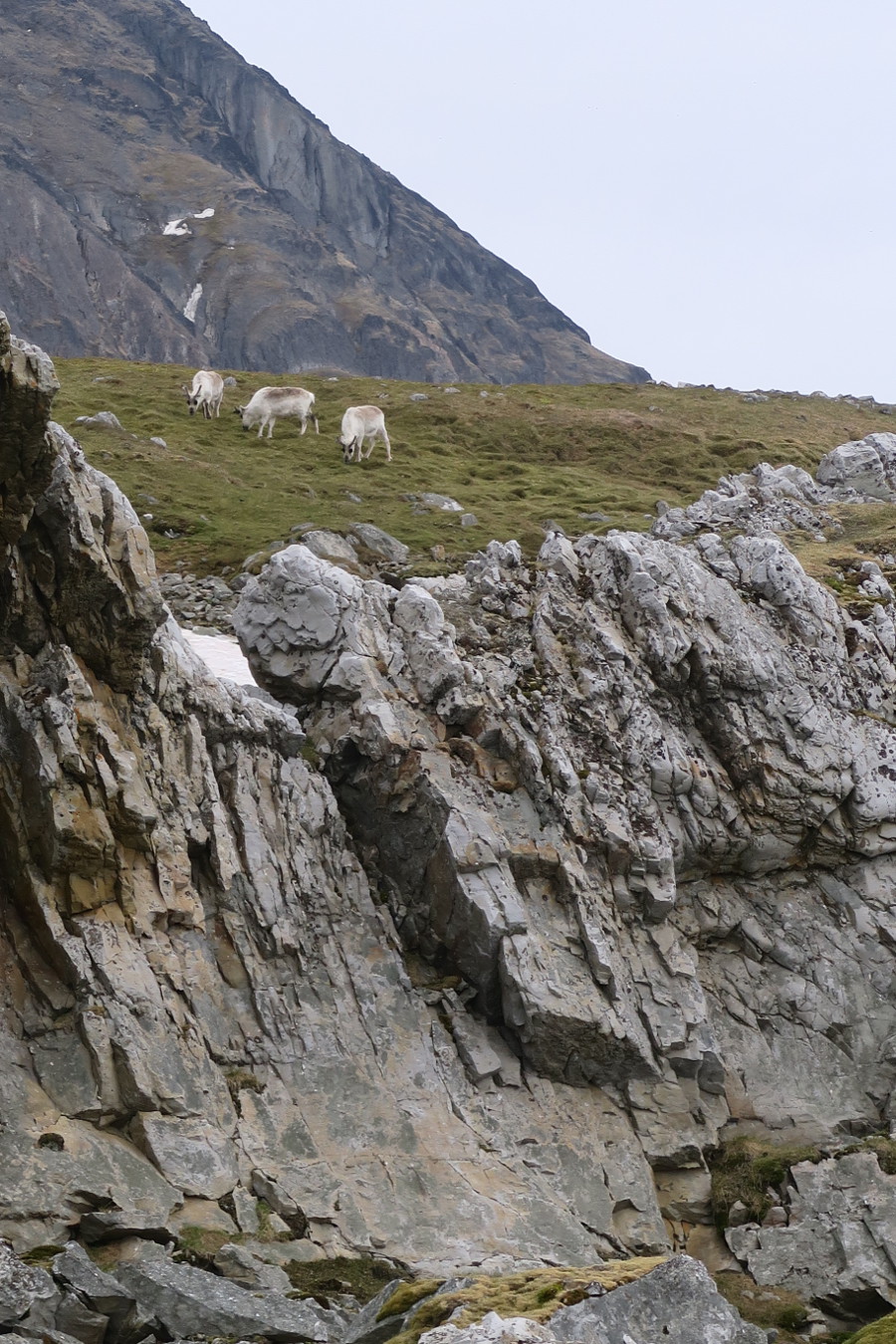 The reindeers feed on all types of vegetation, generally in small herds 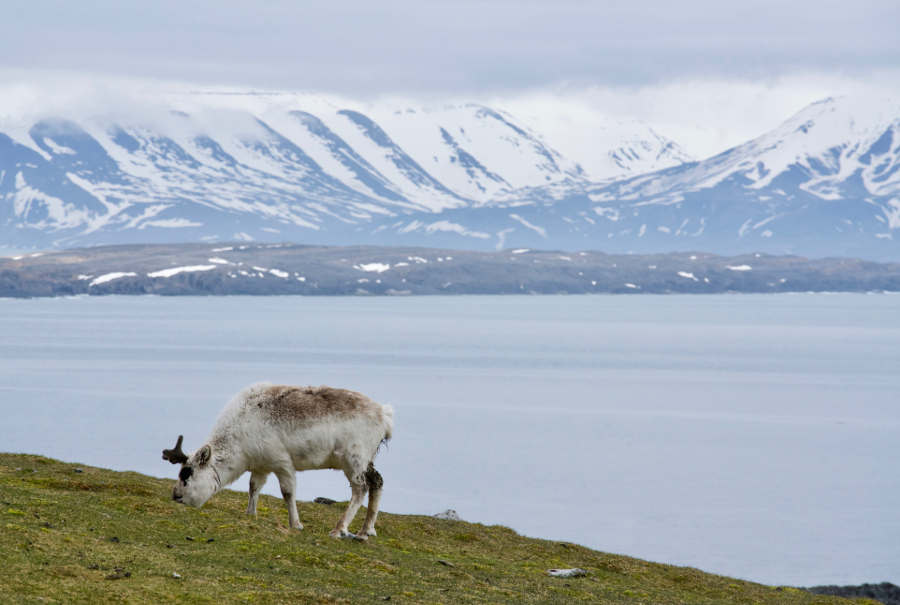 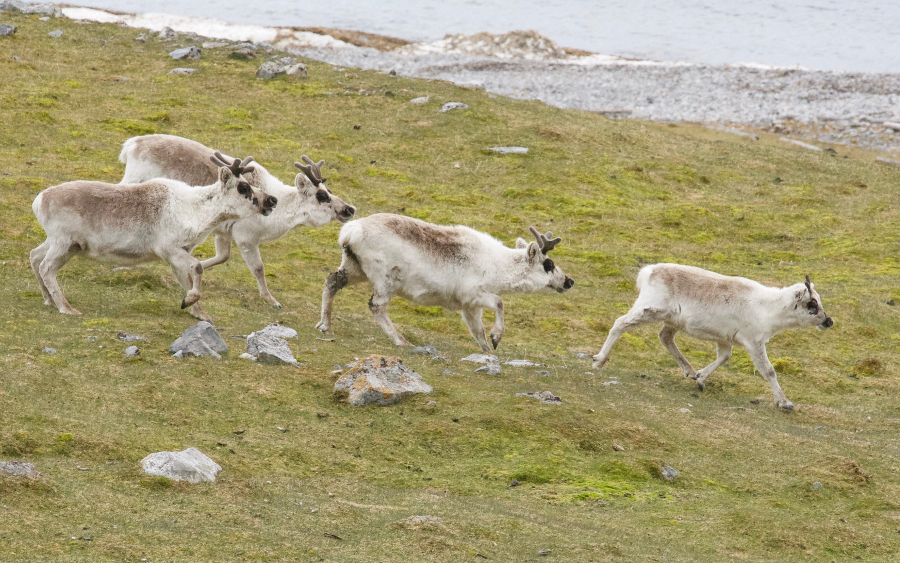 Back in the day, they, like so many other animals, were overhunted and practically extinct by 1925, but with protection numbers have increased. The current total population size is not known, but estimated by the Norwegian Polar Institute to be 400-1,200 over  the period 1979 to 2013 in the valley that runs past Longyearbyen, the main city. (To clarify, this means annual surveys were done and the numbers found varied year by year, the minimum being 400 and the maximum 1,200. There will be many more in the whole archipelago. The archipelago is difficult to survey and the Russian areas aren’t always surveyed either. Breeding depends on the harshness or otherwise of the seasons, which vary hugely in the Arctic year by year.) A small number are still shot (with permits) each year, providing some Longyearbyen restaurants with game and some hunters with income.

Expected lifespan is about 10 years. Males grow their antlers from April to July (Northern Hemisphere spring and summer), losing them at the beginning of winter after the mating season. But females grow their antlers beginning in June and keep them for a year, including over the winter.  So the Santa’s reindeers have got to be females. Hey Rudolph, is some re-naming required?