After the record rains last week (in 24 hours Lismore 139 mm; my back deck 103 mm – although the absolute record for my back deck is 187 mm in 24 hours a couple of years ago; and anecdotally for Ballina, because the automatic weather station broke, over 200 mm), there’s a certain something in the air. Looking for birds last week at the Wilson Nature Reserve in Lismore, I stumbled across this land snail shell … 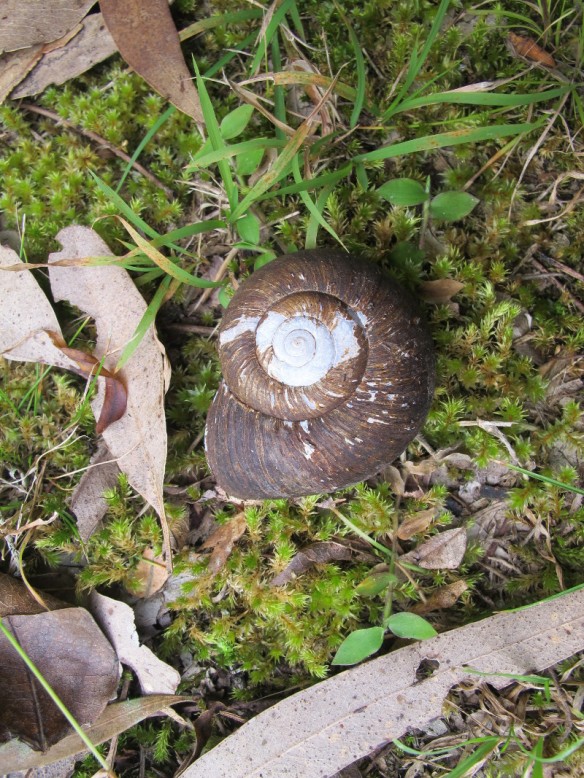 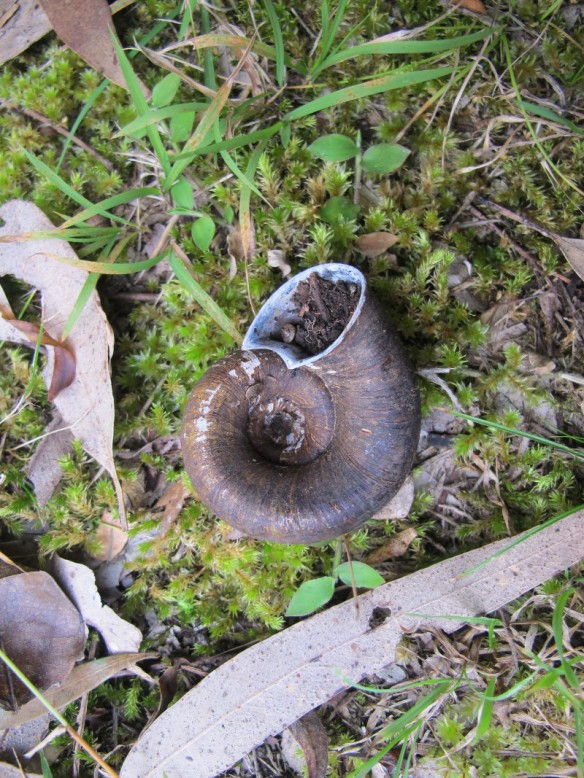 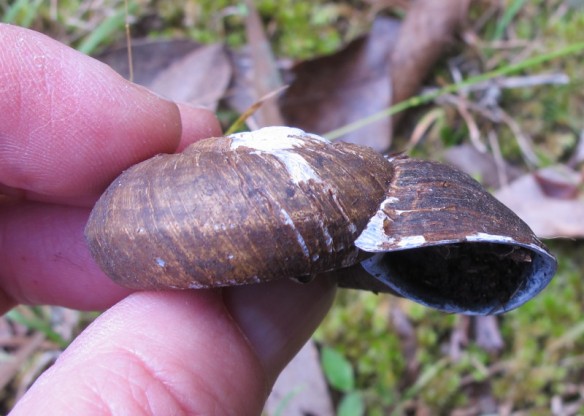 John Stanisic (the “snail whisperer”, author and snail researcher extraordinaire) is interviewed at Radio National’s Conversations. Among many fascinating details, he gives a recipe for escargot which can be made from the introduced European snails that roam our veggie patches. He says a French chef was induced to try it with native snails, but the result was “a black blob”. It could be a way, and I’m sure permaculture folks have already thought of this, to turn a pest into a resource.

I’ve eaten some interesting stuff on my travels:

– whale in Japan (bought specially for me as a guest, so I couldn’t refuse – frankly, I don’t see why it can’t be given up: it’s a bit like abalone, more texture than flavour)

but I’m not yet ready to have a go at European snails. Besides, it’d deprive the local birds and lizards of a feed, wouldn’t it? That’s my excuse and I’m sticking to it!