Close encounters of the lepidopteran kind

Down Copmanhurst way, about two and a half hours’ drive south of me, it’s a very different environment to the subtropics where I live. The soil on Mazza’s property is virtually sand although it’s a long way from the coast. However, it used to be under the sea millions of years ago, so that explains it.

Dry sclerophyll forest is the order of the day, with eucalypts galore. No wonder the giant wood moth, Enoxyla cinera, loves it there … 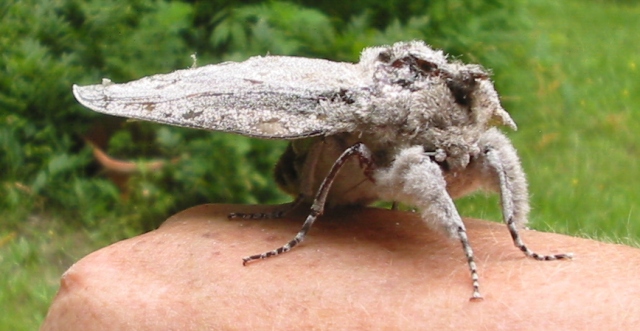 This furry monster lays eggs under the bark of gum trees (see the interesting and detailed Queensland Museum Fact Sheet). The grubs are large and very edible, the larvae of another species of Enoxyla (E. leucomochla) being the archetypal ‘witchetty grub’ of Indigenous bush tucker fame. They are apparently deliciously nutty, raw or roasted.

The grubs live for about two years, then hatch into adults, which mate, lay eggs and die. The adults have no feeding apparatus, so don’t eat at all. Their sole purpose is to carry on the species. 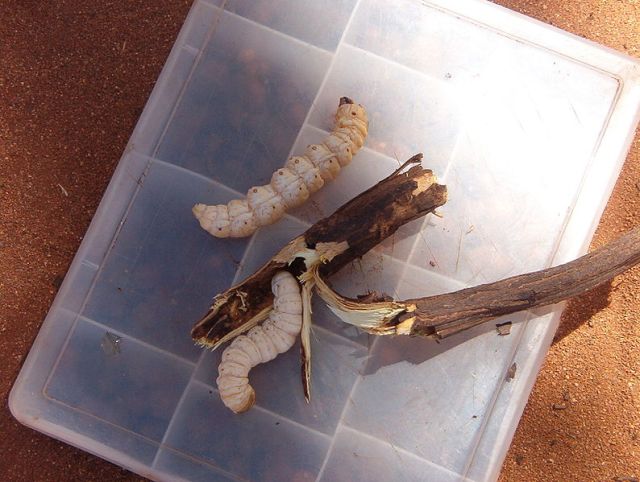 Witchetty grub, larva of a species of Euploea that lives in the roots of wattles; photo by Sputnikcccp, Wikimedia Commons

Next we have the very common ‘common crow butterfly’, Euploea core. Members of the taxonomic family it belongs to are called ‘crows’ and ‘tigers’. The chrysalis below is full of about-to-be butterfly.

The wings aren’t fully pumped up yet 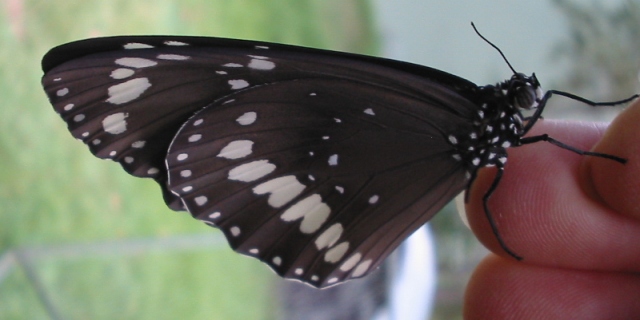 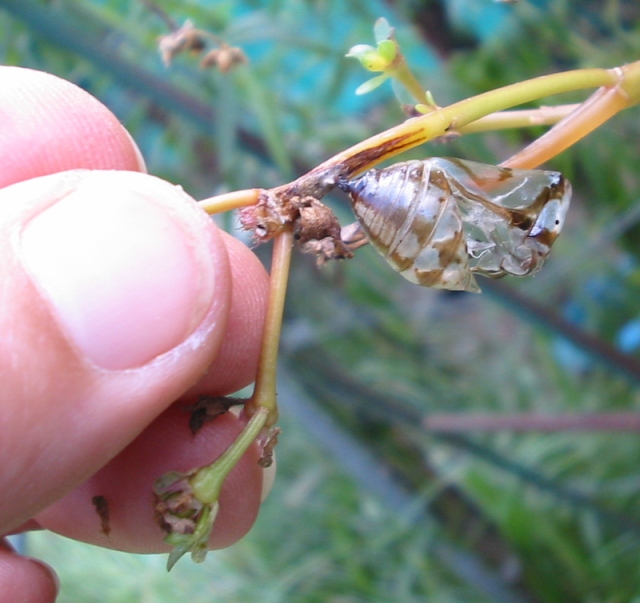 Lastly, here’s a hawk moth (Theretra latreillii), one of 65 Australian species. They feed on nectar using a proboscis. According to the Australian Museum, hawk moths are the most significant pollinator of papayas.

(Many thanks to Mazza for all the photos.)

3 Responses to Close encounters of the lepidopteran kind